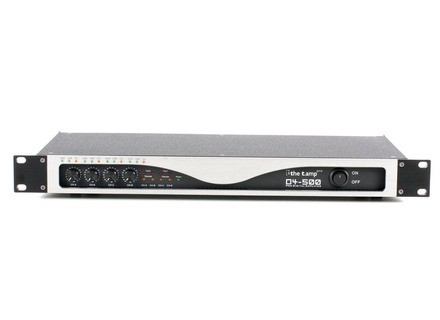 xav69's review (This content has been automatically translated from French)" WTF"

For heads: it is extremely accurate, as much as, or even more than the crest but has less presence on the voices, especially female voices. However, it is much less aggressive on the high frequencies and is more accurate in the low end (below 120Hz).
On classical music, hard to tie one another, the cc2800 is a little bit, a bit, a bit more dynamic but a priori very promptly on the brand can be pushed to arbitrary interpretation, so the two are close.
In short, in a mix pop, rock etc, D4-500 will be a little more precision and a little less aggressive, less presence.

For the sub:
So the surprise! keeping in view low down is absolutely mind blowing!
Of course, in the infra (30 ~ 35Hz) it is less now that the proline 3000 but has an incredible fishery that has no equivalent that I know even for two * more expensive, for example, a 2450 rmx ensure 30Hz down to be slightly (and still) a little better but will be so much less punchy and precise as the comparison will not even have reason to be ...

Level power handling, the 4x250W announced are actually there, the gain is monstrous and no deformation noted even clip. The return is huge, really stunning, given the price, and 3-year warranty provided by thomann.

The finish is neat, the amp is very short (shallow rack) and of course very light!

Just the fan (no ventilation) that makes noise ...
Of the two vetilos for now only one shot, I guess the other is for the power supply when it becomes hot or so to support the first under heavy heat, which could be an alternative to variable speeds, which, on such small ventilos is unlikely to be complicated ... I have no information yet on that, but what I saw ais, no excessive heat.

In short, for the price, warranty, weight, 1U, 4 channels, the performance, there is no hesitation!
Thomann amps really surprise me, remains to be seen whether they will follow me for a long time, at least more than 3 years warranty!

Other The t.amp 4-Channel Power Amps