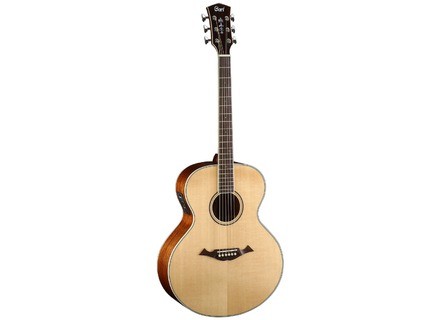 NTL20F, Acoustic-electric Folk/Western guitar from Cort in the NTL series.

Cort NTL20F
5
At this price I do not want the connatre the woods, or place of manufacture. Just a real good box jumbo, a Fishman preamp.

You scratch, a ring. Fort ... Even with ten lves killing (DSOL my rabbits) at the same time the song of the day, I spend allgrement through the din.

In form jumbo, orientation plutt country blues, folk less mdium a less sweet the blow, but far greater sound projection. The sustained or rhythmic sharp type blues, country, folk, are at once more pchues the low as much Dfine. The sound palette is nanmoins varies.

The fishman is doing its office, whatever is probably better but much more expensive!

I will never forget the head of ING's studio when shooting sound: it was not expected, especially with a cort, anagram of crot.

I made heavy use (personal work, ongoing), and I should point out that hlas rear of the box cracked probably a result of thermal shock due too my German and come.

Nanmoins, any luthier Cort will recommend in terms of value for money (according to some exceptional) against any other brand. I just love this brand in acoustics that I even buy one without having tried, and my confidence has t Reward.

The MODEL, by its jumbo CHARACTERISTICS, requires a little finger as a forward and trs Dfine, the imprcisions are much more noticeable ...