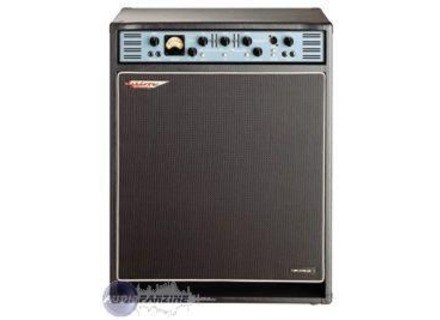 -hades-'s review (This content has been automatically translated from French)

The big big very big sound!! Farewell ....( ampeg in the price range)
of a serious sell! and clarity that I rarely heard
the sound is precise, dynamic and very thick
I put 10

The sound + heat
the - the weight (it's just to say sth)
qd is not even given this little monster, expect to € 800
I intend to take it a twin or cousin in 15!
Did you find this review helpful?yesno
»

fanlabiz's review (This content has been automatically translated from French)

Ashdown ABM 410H Combo
5
I will speak of my complete setup:

2 years, I use an ABM 500 EVO II, connected to a ABM410 and a ABM115.
The three are connected in a daisy chain, the receiver does not have two exits, but both chambers have two jacks in parallel 6.35 (a Speakon connector is also available at the rear).

I had to pay all around 1600 euros, having listened carefully to various combinations Ampeg / Hartke in this price range.
It is mostly the roundness and warmth of the amp that I was seduced perhaps, I admit, the sub-octave system, allows to add a (small or large) pinch of serious issues of octave below the treble strings.

The ABM 500, the possibility of adding a tube preamp from the grain can make the sound more aggressive. It's strange, but it's the opposite of what feeling on my audiophile tube amps (which sound much rounder and warmer than a transistor amp.

If the configuration ABM500 + ABM410 enough (I usually limit the movement of these two monsters), reinforces the ABM115 really well in infrasound.

As one would expect this level of benefits, no vibration noise, nothing but deep bass and powerful. Not to be used only behind an amp, but as a complement to reinforce the bass ABM410 The tweeter has a central (not available to the ABM115), which has a real function in the reproduction of the attack of the strings and in the dynamics of sound.

A flawless finish (weight confirmed) - the envelope is even buffalo leather!

Not having had the opportunity to connect to a configuration better than mine, I think I would do without a doubt the choice.
Did you find this review helpful?yesno
»