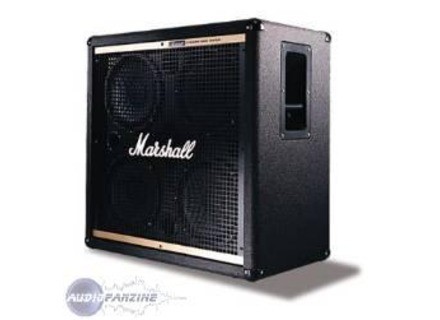 Opossum's review (This content has been automatically translated from French)

Marshall DBS 7410 [1994-2000]
3
Baffle rather good for the price (about 450 euros has epoque3000 francs).
Good sound reproduction even if it was better.
the note would be better if the monster did not weigh 57 kg (my back is the speaker!)
and also if the carrying handles was not any rotten plastic that have been changed six months after the purchase by Dece name worthy handles aluminum can withstand the weight of the beast!

zyke13's review (This content has been automatically translated from French)

Basically my selection criterion was the power, while maintaining its own level, and I must say that in the sum of 2x15 ", that is bestial I have never been too short to knock in his facade

A clear, precise and powerful net round.
Super tweeter with its régable and deactivated

it's been over 10 years I used the.
Of course it is heavy, it takes two to carry around, so I told him to add four wheels to maintain my back.

A super box, compared to a bunch of other tried before, the only one at its height is the ampeg 8x10.
But trace Elliot, Hartke, Peavey is far behind and do not follow in power and performance