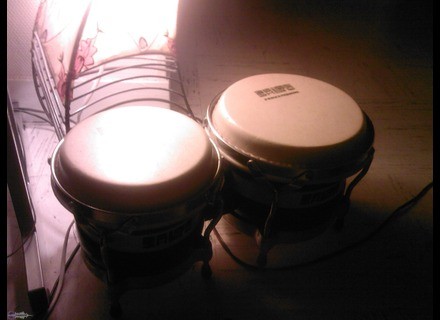 View other reviews for this product:
Salto I have the last ten years I acquéru of Generation II, no name of the first Cambodian cheap copies, and Meinl fiber, well it's Salto who are doing best: more expressive than the LP low level, lighter but with a cylindrical probe, clear and concise, more singing than LP, better skin that "no name" and more present and less volatile than Meinl. In addition they are beautiful, a dark cherry that goes very well with my first Signia;

LPs are better finished and more "Sonor attitude," heavy and full of chrome, with a more middle-class hardware, but that's not it eventually gives the music (most of them have split LP while Salto n have not moved);

Value for money better than the LP: 25 € for Salto at Cash Converters against 90 € with stand for Generation II consignment shop, yapafoto;

same choice ten years after, not even scared!
See the source
Did you find this review helpful?yesno
Cookies help us improve performance, enhance user experience and deliver our services. By using our services, you agree to our use of cookies. Find out more.