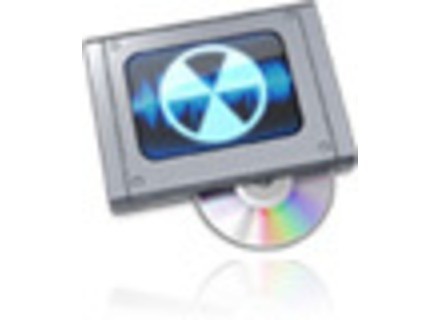 Apple WaveBurner
4
Waveburner is a utility that comes with Logic Studio. Its main purpose is to easily create professional CDs complete with all the necessary meta data and ISRC codes. Once you open it up, the first thing you always want to make sure you do is set up the preferences and select your audio interface. It's real easy to do, and anybody who has used an Apple computer should be able to do it no problem at all. I didn't experience any compatibility issues when I used this software, and the built-in manual explains a lot. However, it would be worth checking out some YouTube tutorials to really help you get started, especially if you're a visual learner. Aside from that, the program should be very easy to use, and anybody should be able to dive right in without much of an issue. The program isn't exactly the deepest program, but it does its job amazingly well.

If you bought Logic Pro, you'll already have this application. It's a wonderful timesaver for those who want to create professional CDs that can be distributed throughout the world, and anybody serious about making and distributing music should be using this program (if they're on a Mac, of course).
Did you find this review helpful?yesno
»

Apple WaveBurner
5
Apple WaveBurner is a utility program that comes with Apple Logic music software. I don't believe you can buy it on it's own. It's designed for sequencing tracks in order and preparing CDs for burning, and of course for actually burning them to disc. It's definitely a mastering tool and is great to have at home to get your recordings ready for mastering or for your own home mastering purposes. The program will install during the process of installing Logic - I'm not sure if there's an option for choosing to install or not install it, but everyone who has Logic may as well in my opinion. There's a good amount possible with WaveBurner, but I've only just used it for sequencing tracks and preparing the tracks to be burnt to a master disc. It's got a pretty user friendly interface as I didn't find that it was ever hard to use. I've never had a look at the manual...

My system at home is running Apple WaveBurner as I've got Logic running on the system as well of course. I've got a Mac Book Pro lap top that has a 2.2 Ghz Intel Core 2 Duo processor and 4 GB of RAM. It's definitely been enough to run this program sufficiently and I don't think I'll be having any problems in the future.

Apple's WaveBurner software that comes as a utility for Logic is definitely a nice little program to have. Other than this I don't really have too many other programs like this on my system at home, so I'm happy to have it. It's easy to use and can do a whole lot for you in preparing your discs for mastering on all levels. While you can't really get this if you don't have Logic, if you do, this is definitely a program you need to get familiar with as it will definitely be useful for you in finalizing your discs for mastering purposes...
Did you find this review helpful?yesno
»