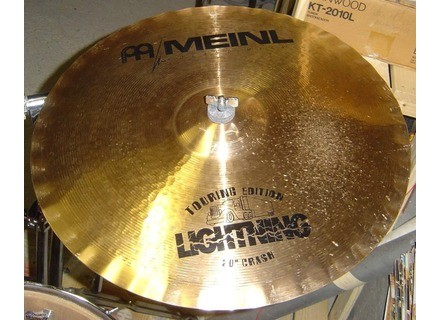 gnafetgnaf's review (This content has been automatically translated from French)

Meinl Lightning Touring Edition Crash 20''
4
In seeking a ride, I came across this cymbal (crash) that I use for several months as a crash / ride. I like it a lot, crash, if hit hard enough as it is a 20 "corrugated board gives more attack and less sustain and projection even if it's still a 20" dlivre it a very clear and powerful sound. it is expressed in ride fast enough. ping is not bad, but worse than the bell.

with exprience, I do it again this election, even if I think I will still add a real ride and a 18 crash
Did you find this review helpful?yesno
»