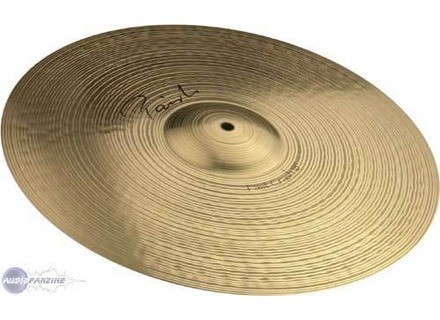 Apostrophes's review (This content has been automatically translated from French)

Paiste Signature Fast Crash 17"
5
Used for about 10 months, she took a blow on the cot and did not split because it's not just typing nessecaire hard to get a good sound, quite the contrary. While typing, it offers a warm response trs. Charley used as it covers everything well without dborder on drums remaining priority (probably the highlight of Paiste) and takes a lot more personality in a few keystrokes.
It is fairly thin but strong at the moment and if it were a split, I would do the same choice without hesitation as soon as possible!
Advisor for all styles, trs good sound in the studio but can be to ally with another crash of the same type of personality for more (probably the weak point of Paiste).
Did you find this review helpful?yesno
»