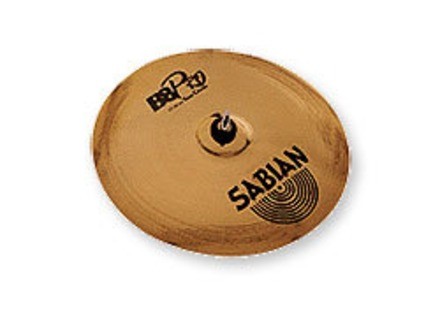 B8 Pro Thin Crash 14'", Crash Cymbal from Sabian in the B8 Pro series.

nono60's review (This content has been automatically translated from French)

Sabian B8 Pro Thin Crash 14'"
2
- How long have you use it?
I use it for 3 years. This is my deuxime like that.
- What is the particular feature you like best and least?
Plus, the high-pitched sound, which combines well in my set at the top of my 16 ".
The least: the fragility I just break it. Shame there is not heavy in this version SERIES.

- Have you tried many other models before acqurir?
Yes, the same version of B8, which broke even faster.

- How do you report qualitprix?
Not bad, but not for the hitters.

- With the exprience, you do again this choice? ...
Yes, compared to the price and the combination in my set, but not for Longva.
I'll also point me to a MODEL 14 or 15 "in an AA or AAX suprieure SERIES.
Did you find this review helpful?yesno
»

guilhem001's review (This content has been automatically translated from French)