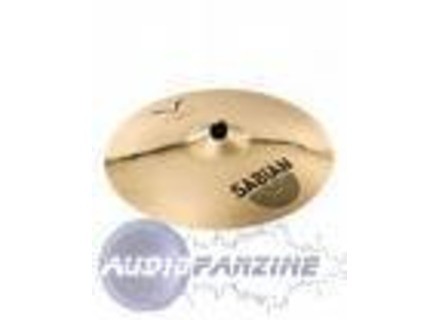 Vault Crash 18", Crash Cymbal from Sabian in the Vault series.

Sabian Vault Crash 18"
4
I play mostly pop/rock with influences from all over the world,jazz,latin,fusion,dance,disco,funk.. you just name it.Also playing progressive rock.Mostly i play Sabians,because the quality just can't get better from here!!!

I ordered it cause i loved the 16 version,but my Paiste 18 crash had broke (25 years of use),so i needed a good replacement,or should i say,a new sound!
I bought it for 220 ,i thinks it's the same as US dollars.Completely new and shiny!

Versatile all round crash for a large amount of musicgenres (from soft to heavy).A nice silvery sound.You can crash it gently or bash it for loud crashing.The 18 crash does it all!Also a good very light ride!Sabian is so!!!!

Nothing !It's just perfect.

Sabian cymbals offer big time quality!Treating with respect,Sabian cymbals stand out a lifetime!Amazing !The vault isn't different.Class quality NR1!You can fold the cymbal a litte at both side,so you see it's quality from the best.It won't break because it's construction is awesome but strong like steel!!

Versatile all round crash for a large amount of musicgenres (from soft to heavy).Sabian is a true innovator in cymbalsounds.They always want to do better than the other,yet they respect classic sounds!

eindrummer's review (This content has been automatically translated from French)

Sabian Vault Crash 18"
5
I use it for 10 months. I am very satisfied. Good sound crash really powerful!

I really love the power and the sound both brilliant but deep, suitable for all styles. However, the sound can be saturated too powerful not bad after all depends on your typing, but a crash like that must go, it holds up!

I tried a lot, including a customer, a priori the best cymbal for rock. But far too harsh. The Vault, and especially the 18 "are very" soft ", very fine, and absorb the blow out for the best sound.

Very good value for money, a cymbal like this is expensive it is evident ca. So yes, it's wrong to pay so much for a slab of bronze (B20 certainly, but still bronze)

I put 9 out of 10 because of the whistle in my right ear because of him
Did you find this review helpful?yesno
»