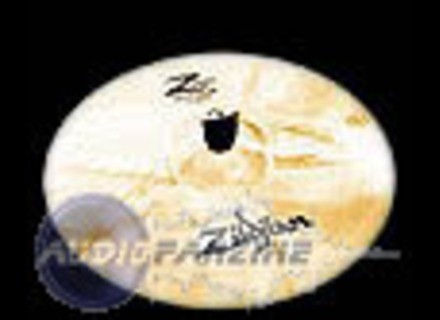 Zildjian Z Custom Rock Crash 17''
5
The Z Custom 17” Rock Crash is one of the most versatile cymbals in the Z Custom cymbal line. The large, popped up bell allows the cymbal to be a projecting crash, while holding on to an overall clear ride sound. The shimmering attack of the Z Customs comes through with this cymbal, as the attack is brighter thanks to the large bell. My set includes a 16” Z Custom Medium crash and the 17” Rock crash, both are about a year old, and they blend together perfectly. This cymbal is just slightly higher pitch than the medium crashes that I have played. The cymbal is built like a tank, much like the other cymbals in the Z Custom line. The cymbal maintains tonal qualities while being loud enough to cut through any guitar, distorted or otherwise.

I play with one metal band, and they love the cut and the drive, while I also play with a jazz experimental band who love the bright attack and the ability to use these as a ride. I mixed this crash with A Custom crashes, splashes and hihats, while using a K Custom ride. Altogether, these cymbals are some of the best cymbals for the money, due to the fact of how durable they are. If you crack these, you might need to think about hitting a little bit lighter. I do have to say that although my jazz band loves these things, they are put to much better use in a rock and roll environment, where the guitars are a little louder.

The only real bad side to this cymbal is that it may be too loud for a new band whose guitarists don’t have powerful equipment, but you can feather hit these to make them a little quieter. All in all, these cymbals are amazing for pros and beginners alike for their tonal qualities and their durability. I would buy these over again.
Did you find this review helpful?yesno
»

samara's review (This content has been automatically translated from French)" Good!"

Zildjian Z Custom Rock Crash 17''
4
I used the last few days I had before the "medium crash" version. I had a preference for the latter (the medium) that has a more "versatile", "warmer". The "rock" version therefore a more metallic percussive sound, which is more to be destined for use in a rhythmic emphasis instead being more than the metal medium, it more easily pierce the walls of guitars. Side price / quality ratio, I rather fate not bad, considering that other Zildjian Z Custom Z and Z3 are becoming increasingly rare and hard to find at times, so I do it again this choice without hesitation.
Did you find this review helpful?yesno
»

seventh's review (This content has been automatically translated from French)

Zildjian Z Custom Rock Crash 17''
4
Purchased in 1998. Contrary to what I read about the 18''(and thus, I come to doubt what has been told), I have no problem with the strength of the series cymbals Z . On the contrary, they are so heavy and thick, I do not even see how someone has managed to chip one with chopsticks. And yet, I have long played with chopsticks carbon ahead, and that, as killer of cymbals, I have not yet found better. And so, what have they become, these totes and Sabian B8 B8pro slowly torn to force the wrist?
Brief. The problem with this crash is that it marries well with other series cymbals. So if you want to pif / bam your crash, you will have to think about buying a 18''and more of it (the 19''is too dark for my taste to go with the 17''). on the other hand, what up then! Big tearing his race (at the risk of becoming painful for your little friends trying to scratch their gringrin fetishes), therefore if a local does not resonate too much!
If you want to play metal (and more or less, than that), go for it head down, if not, listen carefully to consider what you could do, how to integrate it. It is typed, it will not be easy.
Did you find this review helpful?yesno
»

noisette56's review (This content has been automatically translated from French)

Zildjian Z Custom Rock Crash 17''
4
I just buy my crash a few days ago, and when I tried it for the first time, sound seemed weird and in fact over time, we find that it is great!
What I like about it is being able to nag without fear, especially in concert, it is the foot.
I do not like is that it is not versatile with other styles musiqaux the rock or metal.
I have not tried beacoup cymbals before I had a solar pusante not at all and I wanted to go to the top of the range.
I think the value for money is very interesting.
But if I start, I think I lean towards a more Zildjian A.
Did you find this review helpful?yesno
»