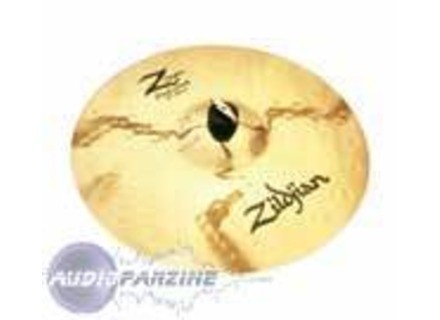 Zildjian Z Custom Rock Crash 19''
5
I use them for a few days now, replacing the version "projection crash" (mine is cracked at the bell). The sound is a little less "powerful" than the projection, but is still very explosive. Because the diameter 19 ", the sound is more interesting than the versions 16 and 17, but not as good as the 18 version of Because of its weight, it can be definitely play in rhythm, which has the effect of filling Great value all for one, the latter being unfortunately rare occasion found in "empty" and surpassed the walls of guitars..
Did you find this review helpful?yesno
»

Zildjian Z Custom Rock Crash 19''
2
-I have used this cymbal 2 years ago ...
-Then this is what I think of z in general (although the one I use a silent rock of 19) that are absolutely not the cymbals sound! And because I have mine in 2 fl months while a silent brand new ..... shame! ok the sound is harmonic full issue (east of any acute fawn) is very powerful, in fact has made this point gaffe if you want to aqurir for your interest in having a scratch of a 100watt lamp .... it's really for the scene, repeating I personally find it too powerful, if you want to have a sound sepultura's very bright and supported cgnial issue but really really solid C sucks ... if vs hit with more than the 5b wand dropped ...
Quality-price report is expensive for my taste ...
Necessarily well-nan! I do not have that choice would do for this kind of big crash due me I busted the paiste rude ... but hey, it's really powerful for mtal only!
I put an 8 for sound, but as I gave ca fragility puts a 4.

soubaste's review (This content has been automatically translated from French)

Zildjian Z Custom Rock Crash 19''
3
I bought this crash there is less than one year the era I played in a band of heavy!
This cymbal has a really powerful sound crazy! For some months I played in a hardcore band and during our first concert she fl. I really crack the ball in the middle of the cymbal not even on the extremities, so I think there should be a default manufacturing! At the same time I'm a big bang (belonging to the family of loggers ^ ^). I pay 200euros Brand new this cymbal right outside the box so the report qualitprix is ​​not bad. For the sound I put a 9 / 10 parcontre solid level that I would put 3 / 10 as a cymbal made known to the Cogners that breaks after one year is not great.
I do not think I will ever be a choice, I rather take a paiste rude!
Did you find this review helpful?yesno
»