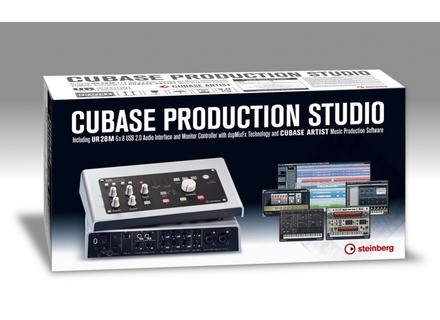 All user reviews for the Steinberg Cubase Production Studio

Steinberg Cubase Production Studio
4
When I first fell in love with synthesizers twelve o'clock I began with the QX21 & QX7 yamaha ds 80 (2 tracks only!) Then atari ds 90s (awesome) and ending with the dtd with Digidesign & Steinberg end 90.
At first the big mess, it does not work very well on my pc assembled and then force the south is wedged. I arrested the sx 3 (and yes it still exists!).
Fairly stable I find it's more that I know all the beug since the time!
The race for the best Blug is not my thing, so I preferred to keep a good old Cubase sequencer for self arranger musician that does not require me to look at my music on the screen but more let him speak my mind and my fingers on keyboards and other hardware machinery noon. For the rest, all treated with external hardware. I returned to the hardware after recording my album in MIRO. And even though he was recorded in a digital performer mac & equipped studio that does not stop me from continuing to be mapped on cubase for ever despite its flaws, I remain faithful, I just asked him to be a good QX21 as has the 'era rec play just one time!