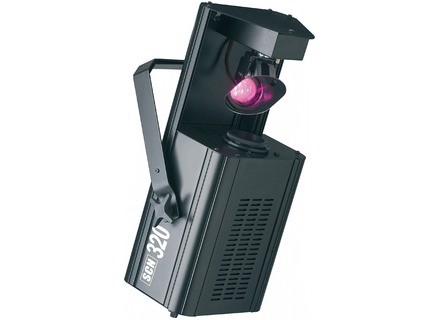 williamson's review (This content has been automatically translated from French)

Contest SCN 320
4
That's two years since I use the (4 + 2 scn320 rlr320), and I think they are rather good for the price. The lighting is very satisfactory for 150w (attention with OSRAM lamps), I use with DMX console and I Freekie martin's no problem dcalage mirror and gobo. But he does not expect miracles, have scans small budget which can be used only for the mobile disco.
Did you find this review helpful?yesno
»

Contest SCN 320
5
So this scan, I use it since yesterday (12.20.05). The particular feature I like most is the precision movements of the mirror, the size of the corny (add 25 cm to 100 PAT), the colors are very prcis gobos, colors also . What I like least is the sound it makes when it is stopped, it emmet hiss quite audible but is immediately hidden when you put the music. The report qualitprix seems good enough, never does not know the gear Contest (attention, I mean no Access Contest!), With the experience, I would do this choice without a doubt !!!!! I plan also to a second m'quiper SNA 320 and a DMX Contest also .....
Did you find this review helpful?yesno
»

dwogsi's review (This content has been automatically translated from French)

SNA 320 has gobos nice and good colors. Ct brightness we are quite surprised over the lamp used as a given that this is only a 15V/150W. It is quite dynamic, but sometimes too slow rgir indeed there is sometimes a long time between the moment the frame is sent and the moment the change is gobo.

I respect the autonomous functioning well liked slow movements when the music is less dynamic but programs Intgr are much too fast for the scanner, gobo change all the time and the mirror moves in all directions too my mind quickly.

And unfortunately one of the scanner came with a screw carrment dvisser possible so that other parties had to disassemble the unit for the installation of the ProCD lamp. And that's not all, the mirror hangs on the up / down when placed just right. Return collateral required!

- One regret:
Internal programs for too rapident scanner
Raction time sometimes slow trs
The lack of a spare wheel of colors the gobo wheel

Finally, the SCN is INTERESTED 320 for its price and offers features INTERESTED. It is for beginners idalie but the professional will not be satisfied. Are used with a DMX Controller will be essential because its internal programs are not suitable for the scanner.
Did you find this review helpful?yesno
»

Adjnino's review (This content has been automatically translated from French)

Contest SCN 320
3
Hi all!
I have two of these critters linked to a dmx table.

Most:
- I find them quite bright compared to what I've read about the 150w EFR good but I could not make comparisons with other powers. In any case I think that's enough to start well.
- The price of course buy new 135 euros on the net There's really nothing to say.
- They look good in the last ca hot but it's going it could be worse.
- The shape and color of the dot and gobos are very pretty.

The -:
- I often meet at the gobos dcalage the pan and tilt but it's not too bad.
- Trs are noisy but as I read some music and forget.
- In all the description I found on the net it is marked "rainbow effect in both directions at variable speed" so it's really going on I am a cot am the trick they're wrong There's much a rainbow but the speed is not at all, much less variability in both directions. (Plus do not mention anything about this in the manual)

But hey ca sincerment can do without.

I've seen quite a few canned or evening as everyone what to test but never by myself.

- How do you report qualitprix?
Excellent as I say the machine is 135 Euros limit drois was not complaining.

- With the exprience, you do again this choice?
I will be aiming higher!
Did you find this review helpful?yesno
»
Read the 6 user reviews on the Contest SCN 320 »