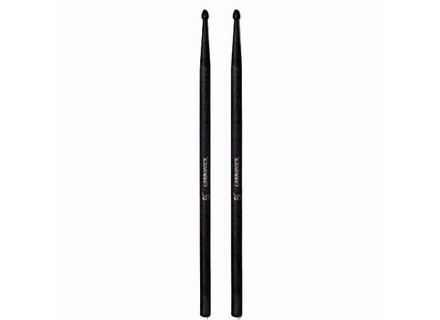 5A, Drum Stick from Carbostick.

All user reviews for the Carbostick 5A

Carbostick 5A
3
(Originally written by Fsmax91/translated from Audiofanzine FR)
Good product but not very durable... The drumsticks had some micro air bubbles and got broken on my hi-hat, even though I don't play that hard...

Very nice sound on ride cymbals... But they leave too many small black marks on the cymbals. They are almost invisible but very difficult to clean...

Only for wild concerts!
Did you find this review helpful?yesno

Mégafouk's review (This content has been automatically translated from French)

Carbostick 5A
5
It's been almost 3 years since I played with sticks made of carbon. In my opinion it's more than wood INTERESTED. The greatest quality of these rods is that the olive does not leave in tatters After a few hours of play, so they spoil less skin than a wooden stick use. In addition, the wooden stick also tends to crack after some time, while the carbon rod is completely homogne, so until it breaks o (much later than wood), it is in good condition and above all, it does not damage skin.

The sound is a bit diffrent a wooden stick. Me playing rock rather nergique I prfre the sound of the carbon, but most drummers I work with are not of the same opinion.

Before I played with wooden sticks, and I quickly bulbs probably because of the weight of the sticks (too heavy for my little cozy skin, who knows). Now is better, and I saw.

Financirement is more profitable: they are approximately the same price as a pair of wood, and lasts three times longer.

Well now the default,
I think it's black rods sacrment ugly.
Did you find this review helpful?yesno

Carbostick 5A
4
These rods I have been a year and a half and I can not get enough. They are solid trs (since it is carbon). Please note however, given that carbon as it lasts, I do not advise heavy hitters who plays for 3 hours in a row: it hurts the hands!
Did you find this review helpful?yesno
Cookies help us improve performance, enhance user experience and deliver our services. By using our services, you agree to our use of cookies. Find out more.