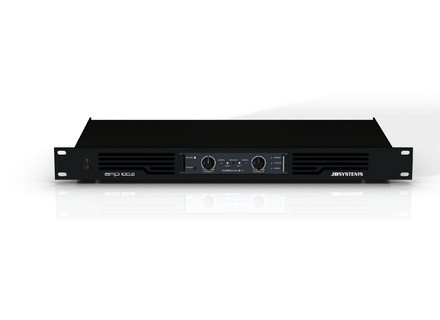 It also has some rare features. The first is that it has a pair of XLR outputs for linking to a second amplifier or other device such as a headphone amplifier. The second is that it can operate in "Bridge", which allows the use of 2 x 100 watts into one speaker output discs (mono then).

In sound, it's own in order, not a fart breath

)) It's just a pity that there is a front fan works alternately, but ...

The outputs for the speakers are Speakon, allowing a quick and secure connection. With Speakon, it is unnecessary to fix solder after speaker cables. In the connector, there is a mini terminal block that can tighten the screws. It is therefore possible to fix simple cables to stereo speakers at once as 'terminal' in the Speakon connector and then to connect and disconnect, nothing is easier and more reliable.

What I love about this amp:
- Speakon connectors
- XLR output for linking

What I like a little less:
- Fan Noise alternating
- The four first notches of the two potentiometers give no sound. To hear something, it is from the fifth step.