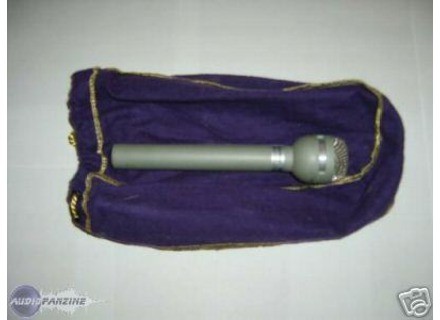 RE-15, Dynamic Microphone from Electro-Voice.

All user reviews for the Electro-Voice RE-15

Electro-Voice RE-15
4
The ElectroVoice RE-15 is a hand held dynamic microphone that I've used to record vocals and speech in a professional studio setting. The mic has a standard cardioid pick up pattern, and will pick up frequencies between 80 Hz and 15 kHz, so it's not picking up the full range of frequencies. The mic is definitely an older one that isn't easy to come across from what I can tell. It also has a high pass filter on it. Even though this mic is in ElectroVoice's RE series, it's nothing like the popular RE-20...

My experience with the ElectroVoice RE-15 was only for a single event. I was really just testing out the microphone with one of the engineers at the studio, as it had been sitting in the mic cabinet for a while unused. We were really just curious to see what kind of sound we could get with it for recording singing and speech vocals. We also had another microphone up there for reference, although I can't recall which mic it was. Neither of us was expecting all too much from the RE-15 since it hadn't been used in a very long time, but of course knew the quality of microphones that ElectroVoice makes. We were running the mic without any compression or effects through a Neve 8108 console, just to give you an idea of what kind of chain we had going. I should also mention that I was the one singing and speaking into the microphone, and I have a tenor singing voice. To our surprise, the mic actually did a very adequate job of picking up my voice. While it wasn't the most incredible sound in the world, it definitely sounded full enough and clear enough. I'd be eager to try it out for some other applications, but I think it will probably sound best for vocals anyway. I don't know where you would be able to get your hands on an RE-15, as it is quite old and I don't think that there are too many of them out there anymore. This having been said, if you come across one like myself I'd encourage you to try it out for yourself to see if it might be useful for you.