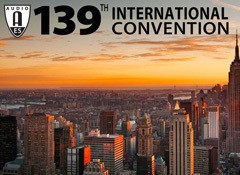 The AES Convention settles back in New York for 3 days of presentation of the latest in professional audio. Audiofanzine is there to make you live the Convention from your home, with all the great news, videos and pictures.