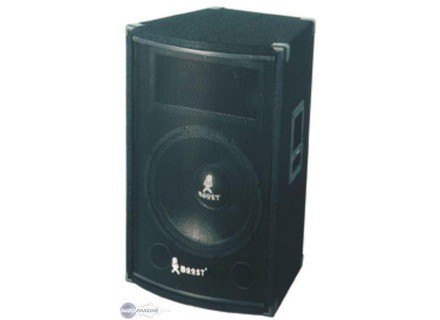 Boost MC-502
1
Know my friends that boost is dead! I will not say sharp Bosst this societ having acquired a terrible reputation for its gear decided to change his name, her name dsormais Kool sound, note that has still not s ous as the name. Attention you, Boost-Kool sound = same stuff but I hope even when they volurons a bit and will offer the best quality stuff, we can finally dreaming
Did you find this review helpful?yesno
»

scrawl's review (This content has been automatically translated from French)

Boost MC-502
3
I use his pregnant for 4 years their big advantage is the price: it's really cheap!
Its level should not expect miracles, the enclosure is not CHRE and the sound is too cheap. Even when we could expect to 2x more than gossip with 2x250W.

I bought with my group for reasons of budget, if we take again c'tait certainly something else, still would it have found better value.
Did you find this review helpful?yesno
»

jege21's review (This content has been automatically translated from French)

Boost MC-502
3
Used since they came out in stores ca must be 10 years, they have a lot of sound to parties for 100 people was 80, I had to change the treble banging each evening to put more costal
for a quality price ratio exepionnel to start with a small budget is exellent
I advice
Today with more financial means it's true that I would not buy the boost
Did you find this review helpful?yesno
»

Max59135's review (This content has been automatically translated from French)

Boost MC-502
2
Hello I made the 4 years I use it have good sound at low is acute with 500w, but the problem has already been reported to its piezo tweeter at the beginning and then it will no problem one of my filter crammer and the other the tweeter has snapped so we change the filter 2 is a piezo then after that it will take off n'on is to slam on a 400 amp to 500 of c due to the time I turn my amp with a 2 * 100 is the least I slap again but still human detachment but I pick up is we'll see if it still comes off in any case the piezo are sharper than titanium but titanium is more or it costau are great on price but I sava hu trouble finding the power because the carton amballage are not good at last to make the same choice it's true that I am disappointed in most of the brand new from the woofer is the case the rest of America to have problems a little comparison wedges boost of 350 w amp runs on 2 * 100w it is never a problem of human hand, the terminal that it took the games a small Serage we go again This a is a defect of the model last for a start is not bad
Did you find this review helpful?yesno
»
Read the 5 user reviews on the Boost MC-502 »