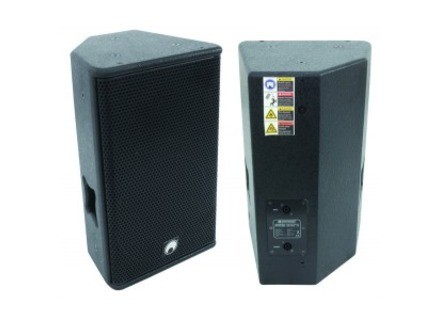 It happens sometimes, there are products coming out of the straitjacket ... Originally I bought these speakers for speeches, lectures, and it turns out that the level, they are super nice! So their use is now dedicated music because the sound is well designed and very gentle.

The yield is not huge, Ps 10 nexo style, around 97 db, but their tone is very good!
It remains to see what it will give over time especially in the engine which is a small engine but for now, no problems with Plx 2402 buttocks.
This is probably the weakest link.

As is my custom, I will move later with the speaker + components ie engine performance and filter Beyma. The 10 inch air well built, I will keep.

The enclosure is sturdy but watch the paint is still fragile but hey that's like almost all the speakers!
An effective, profitable and can quickly evolve to those notions of acoustics.
See the source
Did you find this review helpful?yesno
Cookies help us improve performance, enhance user experience and deliver our services. By using our services, you agree to our use of cookies. Find out more.