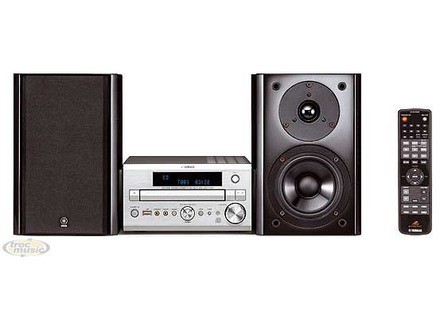 Pucelle_Dabidjan's review (This content has been automatically translated from French)" the small chain that goes up ..."

Yamaha Pianocraft e320
3
My companion was still taped when she came home and she could listen to a CD yet she knew well, a quality which until then was unknown to him. She had just discovered the "stereo".

Stingy as not two, it would probably have dislocated the arm than spend 1000 euros in a plant. So, I gave him for his birthday, a simple Yamaha PianoCraft, listened carefully and compared to a store in the area. I made a small upgrade to the cables in his grafting a pair of old Atlas cables, my time, not bad at all, and certainly a thousand times better than the spaghetti black / red comes with this chain.

The improvement over a stereo "low end" is immediately apparent. The emotion passes more easily, especially on the voice or breath work of the authors becomes more noticeable, the instruments become more localized in the mix, the sound is gaining in girth, the natural way. Only the sharp, though richer, was still some chemical on the rise. But it is a recurrent problem on small amps yams. You will note in passing the lack of superlatives in my comments. No "is the best, it tears all the bass is too ouff". Simply because, compared to a string separate element entry level, as found in NAD, Denon, Marantz or HK, the sound was not at that level. We did not have the same focus or the same level of musicality. But it comes close and you leave, finally, the sound of the chains lowfi plastic squeaker squeaker supermarkets.

Points in the shadows. I would note a CD player a little noisier than the average entry-level hifi. Some slow response in the navigation menu. Still on the menu, rigidity (lack of pleasure) in the navigation / use of these last, and, einfin, cable hp, just filthy.

As a result, the PianoCraft may be the ideal compromise if you need more space, you want a little chain design and / or have an ultra-tight budget to type in the most serious, but you still want " better "music.
Did you find this review helpful?yesno
»