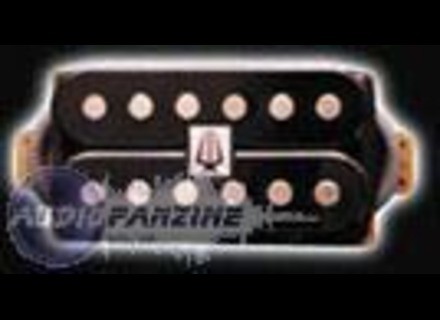 GervaisG's review (This content has been automatically translated from French)

Benedetti Blues
5
I ordered the Benedetti Classic Soft Blues with the same brand, APRS messages have changed some of Mercadal M. Benedetti. Still online for our answer my questions about the association of microphones and guitar t copy.
The Blues Benedetti silent fate replace the original bridge pickup of my guitar Aria Pro II Viper VP90 (2 humbuckers and split configuration, handle Saddle with rosewood fingerboard, Saddle body with a small acoustic chamber). The original microphone had the following default: less powerful (unusable splitter and no sustain. For cons, the sound prcis silent. It was necessary to maintain the quality of the original microphone and fix d defects.
The two microphones were mtamorphos Benedetti guitar. The sound of the Blues Benedetti is powerful enough, even in the splitter (although suprieur the microphones I had on an Epiphone). The output level is less than a lev Seymour Duncan P90 (I compared with my Godin LG SP90), but the output level is not a good choice CRITERIA my opinion, unless it has an amp that saturates with a high output. Which will give her an effective, is to combine an output level with good support (sustain) and a good dynamic. On these two points, the Blues Benedetti is impressive. Once Splitt it retains a similar dynamic but with less sustain (normal, tell me!). This micro saturates lgrement of itself when the volume is maximized. The sound is dlivr prcis warm humbucker mode while it is prcis and incr mode splitter. The grain that dveloppe on boosted channel of my amp is fine and no change in amplitude (in contrast to Seymour Duncan P90 which, although stable in saturation, sees its amplitude varies a bit), the except that due to the dcroissance note. This microphone provides excellent sustain (better than the P90, at least). The rponse in frquence is also impressive. My guitar "all Saddle" which provided the limit in the low, low mdiums before the change of microphones has seen its bandwidth s'largir the two ends.
This microphone associated with Benedetti Classic Soft gives me full satisfaction for the past two years.
For information, the description of this micro site de Benedetti said that the microphone is in the style of Gibson '57 Classic Plus, the Seymour Duncan Pearly Gates or the Di Marzio PAF Pro.
Finally, the micro is available in several finishes. Mine is covered with a chrome cover with no apparent plot the most beautiful effect (chic and class).

See all 14 photos of Benedetti Blues »