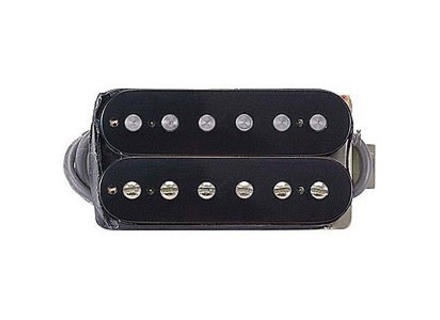 Fitz 5's review (This content has been automatically translated from French)

kiks's review (This content has been automatically translated from French)

Gibson Burstbucker 1
4
Here, I install my new Gibson pickups Burstbucker 1 & 2 on my Gibson Les Paul Standard and here are my first impression:

At the very beginner I admit, the sound is very clear, bright with lots of treble and virtually no bass even on the neck pickup (I'm necessarly a pass Gibson 498T Alnico V with an output power of 13.5 a kho kho Alnico 2 with 8.5 Release)!

Then changing the rglages well is surprising: the sound is very well Dfine clear, very specific on and very slamming, one is immediately invited him wanting to do jazz or funk.

I felt I find EMG active but without all dsavantages: a warm and super specific on which depends the attack of the strings.

Let saturation: one between IMMEDIATELY in the 70s between the Led Zed and AC / DC, but always with the precision and DEFINITIONS notes that I had not before the microphones of origin (498T and 490R) much less rough and mushy but mostly a lot less bass!

APRS dpend well on any of the amp used, its rglage and effects (I Marshall Valvestate 8040 + Boss MT2)

In the end we remain very surprised by this radical change even though the Gibson guitar with Gibson pickups.

With these new pickups, the sound palette of my Les Paul has Whereas wide at the point where it will take me some time Therapy and Rehabilitation in order to discover all its new possibilities tense s, but its current ultra versatility will allow me to finally be able to play anything on it!

frankly I suggest you try it, it's a bit Drout to beginners when you're used to a Les Paul Standard, like me, but we quickly get to the game of possibilities and rglages it brings!

He just have to try it on an amp while lamp

Having been able to try it on another Gibson Les Paul Standard of 1993 bridge, the two sounds differing of Burstbucker by violin!
this guitar the sound is softer than mine, less acute and less slamming
I think Burstbucker Gibson crs t have to compensate for string instruments more modern Gibson today are heavier with more serious and less good quality wood than in the past. These pickups are very well on this type of guitar being too low, so permetatnt rquilibrer sound.

Conclusion: If you have a Les Paul that sounds good dj with microphones origins, do not replace them. If your Gibson sounds too serious, then go to classic Burstbucker or 57, they will compensate for the lack of balance that could bring your violin.

See all 93 photos of Gibson Burstbucker 1 »