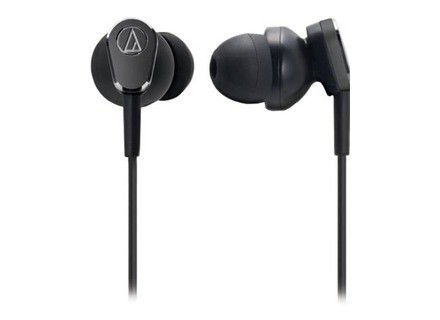 ATH-ANC33iS, In-ear or ear-Pad monitor from Audio-Technica in the ATH series.

View all offers for Audio-Technica ATH-ANC33iS »

bbhack's review (This content has been automatically translated from French)" Junk, avoid at all costs"

Audio-Technica ATH-ANC33iS
1
I have been tempted by this headphone because I loved the ATH-ANC3 which is unfortunately sold. I trusted brand in view of the previous model. Well, the disappointment is huge.
The sound is better than average, noise reduction nonexistent, about the strength of the machine, do not even speak. His predecessor had held two years, this one only 4 months.
Personally I think it is shameful from Audio Technica make products as poor quality.
FYI, I bought at an airport, a small Sony headphones with active circuit for € 25. Performance reduction and rendering are similar or even higher than ATH-ANC33iS for a price twice lower. And it still works, and three years later 28,000 km ...
Anyway, I can only advise you to save € 65 by buying something else.

Nomadic use parigotte (rer, metro) and travel (plane, train) connected to my mobile as my tablet or playlists from jazz to rock.
Nice that it has a microphone, you can use it as a speakerphone. Note that I had not read it on the site description or I bought it, otherwise I would have probably spent my turn (I wanted a headphone not a handsfree

).
Not friendly at all the choice tips supplied with the headset. It has a mini size and average size, but nothing for my ears.

A loose connection appeared after 3 months. And a month later over his on the left side. Superb ... Brief junk.

Other Audio-Technica in-ear and ear-pads monitors