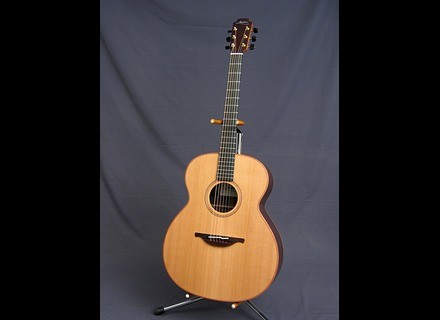 Lowden O25
5
This is a unique acoustic guitar. It's made in Ireland, which is interesting, and it actually sounds perfect for many Irish folk tunes. It has a rosewood neck and fretboard, a rosewood back and sides, and a cedar soundboard. It has 21 frets, and is acoustic, so it has no pickups or volume controls.

I can't say there's much I don't enjoy about this instrument. It's very much a smooth and full-sounding guitar. It plays beautifully and is very versatile. I think it's a very expensive guitar, but this is because the Lowden company is smaller and devotes more time to detail. I think that there aren't many other acoustics that are very comparable to Lowdens, they are in a league of their own. I would highly recommend at least trying one of these guitars to anyone.
Did you find this review helpful?yesno
»

Lowden O25 manuals and other files