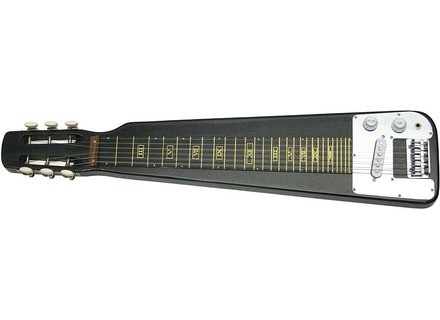 remim's review (This content has been automatically translated from French)

Atrics guitar slide
4
Made in China I guess.
28 frets (plastic plate for visual indication) since it uses no frets on a slide.
This is a simple board with a microphone, 1 volume 1 tone.

The board is very thick and has a good weight, it is nice on the knees.
The lack of fishing, I changed the mic with no real improvement, it may be due to the position of the microphone. It should of course invest in a tone bar if not impossible to play after was fun ...

There is a good background. I'll have to add aluminum foil to weight the next time ja apart. Access is only by dessu once the strings removed. The sound is clear enough, little influence of the tone. The better with a bit of saturation.

I bought it as a fan of Ben Harper and John Butler, and I wanted to try for cheap. Enough to get an idea. We get the same kind of thing as a normal guitar + bottleneck, but there was a good height between the strings and guitar body, one does not rub the frets and it does not frieze.
€ 70 bought on Ebay, I saw that it's the same with the name change a Harley Benton Slider II (sold at € 88 Thoman). Atrics is an alias.
I make the same choice as for my use (recreational) she is more than enough.
Did you find this review helpful?yesno
»