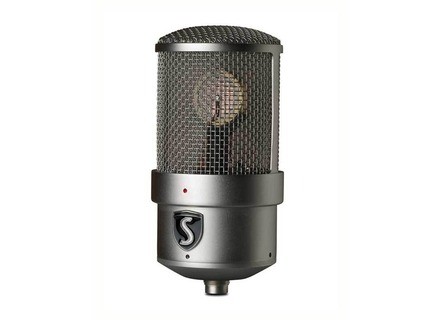 Soundelux USA E49
5
The Soundelux E49 is a large diaphragm tube condenser microphone, which is based on the classic Neumann M 49 tube mic.  Like all tube mics, the E49 should only be used inside of the recording studio and is to be handled with care at all times.  The mic has the choice of three different pick up patterns, including the standard cardioid, omnidirectional, and bidirectional (figure eight).  I generally stick with cardioid, but it is definitely nice to have the option.  The E49 will pick up frequencies between 30 Hz and 16 KHz regardless of which pick up pattern it is set to.  The mic also comes with a power supply and a case.

I never had any doubts that I would be a fan of the Soundelux E49, as I generally love the work that Soundelux does, as they offer up affordable products that are usually based in some way on a more expensive brand and model.  Let me also say that I've used the Neumann M 49 which this is based off of pretty extensively, and Soundelux has done a very good job here.  The mic has an extremely full sound and is great for just about any scenario where you would want warmth and thickness in your tone, including applications like vocals, acoustic guitar, and cello.  Although I haven't yet had the chance to test this theory, I would bet that the mic would get a good signal for just about any application, even if it might not always be the right choice.  For those who can't afford the M 49, the E49 offers up a comparable sound quality at a more reasonable price.  Even though I'm saying more reasonable, definitely keep in mind that this mic is by no means cheap!  To get any microphone of this type of quality, you're going to have to spend a good amount of money, but the E 49 makes it so you don't have to spend as much.  If you're a professional engineer or studio owner, or even if you're a home studio owner looking for a good deal without sacrificing sound quality, the Soundelux E 49 should definitely be checked into...