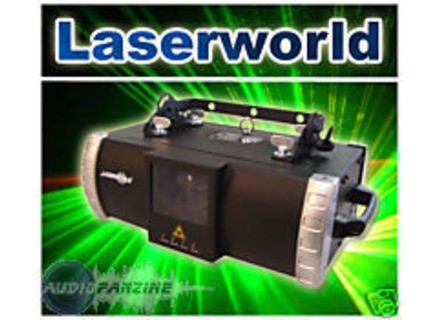 Dj kod's review (This content has been automatically translated from French)

by trolling against a video on youtube a few days ago a German test purchases of similar laser bought on ebay like me and denounced a scam!
j indeed bought a 1500G with a laser ranging from 750 mw to 1500mW after the test performed by the customer directly with the proper equipment it proves that the company does not sell LASERWORLD what it says in power
How?
it changes the laser power and the card

BIG SCAM LASERWORLD 1500G
Did you find this review helpful?yesno
»

criyan40's review (This content has been automatically translated from French)

I want to talk about laser RS-1500G and products of Laserworld Laserworld IN GENERAL
I test 5. 40mW to 1500mW, powers taient just any ads taient
The vidos I've seen on youtube seem to me odd.
The tester is not an individual but more a professional (from the workshop and test equipment it). a must be a jealous conccurents that tests dnigrer bogus brand.
In my tests, I t surprised by the power of green and red LEDs. The blue beam silent less impressive but it is normal because the beam size is smaller (470mW)
The music shows impressive taient

Laserworld mark is not very known in France but I think we should give him a chance and unlike some brands Franaise, the powers are correct ads

Other Laserworld lasers 500mW and up