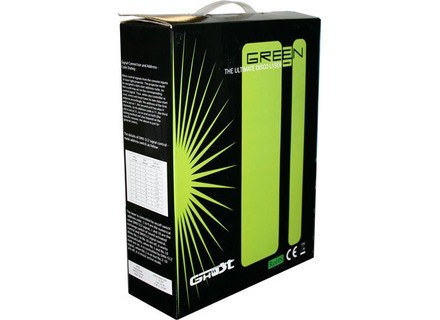 I like:
* Power (it seems more powerful than other 30mw because it has no protection pane)
* Nice forms
* Basic DMX control but it's fun still
* Very compact size and light weight
* Very affordable
* Nice visual effect

I don't like:
* Seems to be fragile
* One or two additional DMX channels would be useful

Among the affordable 30-mw lasers, I also tried out the Dune, which has a better finish but creates less impressive effects.

Excellent value for money.
With the same budget, I would buy it again, but I would choose another brand if I had more money.

It seems that the production quality is not always the same, because I've read in forums that users have faulty units. That's not my case. Mine works very well and I'm very satisfied with the visual results. But it's true that the housing and the mirrors are very cheap. I don't really know if the product will withstand the test of time.

Originally written by davv on Audiofanzine FR.
Did you find this review helpful?yesno
»

seirra's review (This content has been automatically translated from French)

Ghost Green 30
4
I received this week very good value
Did you find this review helpful?yesno
»

Ghost Green 30
5
I use it for two years, I love the tangy green color that dazzled the eyes is not that one little distinguished from the other beams, I tried a model from the beam starway result in green theory starway virai more blue southern indeed be ceiling sea is another effect, in short I repeat that choice on the green 30 even if the pattern is not crisp, but good at the same time, we must not confuse a laser is a gobo projector, moreover when you ask your customer what he prefers the visual of a laser, the majority of them respond to you (by ranking) -1 laser shooting, -2le ceiling , -3les ground that it does not usually look for either he dances, he looks either the beam or something, so needless into debt, this model will satisfy you ainssi your client.
Did you find this review helpful?yesno
»

d-track's review (This content has been automatically translated from French)

Ghost Green 30
5
I use it for 2 years, small laser very powerful, unbeatable price-quality ratio, strong point price, weaknesses, plastic finish and use without Controller, disaster, figures very poorly dessinn es, with lots of small unsightly loops. on the other hand, with a Controller, it can slow down the figures, and he gives all his interest, proper coverage, just test figures one by one with speeds of dfilement diffrentes , and we realize very quickly that he is unable to hold some figures, and others give a rather dramatic effect, it is sufficient to program good. Controller with DMX standard, it dchire and then the green is a color that relaxes right? Finally, I do not regret this purchase, he has not lost power for 2 years, unlike other two spokes model, barely more expensive that lose their power after 6 months.

Did you find this review helpful?yesno
»
Read the 34 user reviews on the Ghost Green 30 »

Ghost Green 30 manuals and other files

Other Ghost lasers less than 500mW