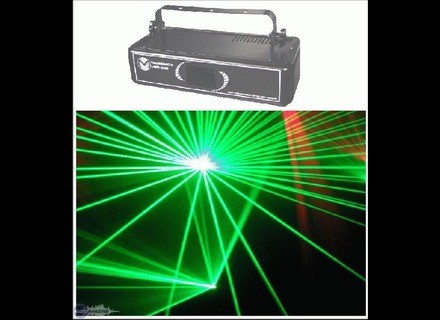 qtd's review (This content has been automatically translated from French)

Conclusion: I bought a shit and I told a customer service shit
Did you find this review helpful?yesno
»

Mac Mah Laser Mac IV
3
Laser good brand, but it certainly lacks qulques supmmentaires forms for use dmx justified.
The quality of frabication is good and the price is low lev ar against a given annimations on offer. But the quality of products for Mac is no longer dmontrer lasers
Did you find this review helpful?yesno
»

palourde's review (This content has been automatically translated from French)

Mac Mah Laser Mac IV
5
It's been a year since I never used the problem a multitude of effects vomlumetrique very long wear of at least 1 2 km
30 mw maximum
It mamque all members of some effects such cartoon drawings and writing in short, a basic laser no more or less for a price a little high compared to those conccurents of its kind that provides boost for € 100 or € 200 over a range of laser DMX controllable in which we find a cartoon show and writings
So I put a 5 because of the lack of inovation in the effects as well as for the price too high for my taste and his psuissance a little light considering its price is high
Did you find this review helpful?yesno
»