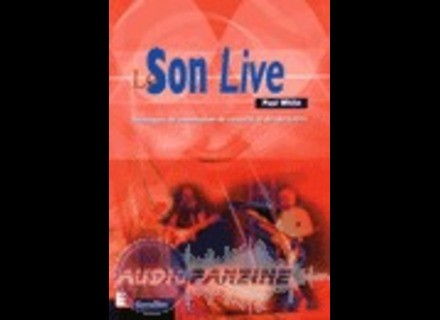 All user reviews for the Eyrolles Le son live

diffy's review (This content has been automatically translated from French)

Eyrolles Le son live
5
I received this book yesterday and have the book without losing time. I have not read all the chapters but I think it's a good book for beginners or strengthen conaissances the sound of small and medium scnes. Descriptions are trsdtailles and with a little courage, even a neophyte can learn the basics of sound, although the exprience to accompany this course is ncessaire. Just because you read the book that "knows" background music, but you learn the 'tricks' help.
The various points around: explanation of how the mixing of various effects such as compressor, expander, gate, limiter, echo, gnrateur harmonic and anti-Lasen circuits. It also explains how to avoid the most of the feedback gnrer properly positioned microphones and speakers, how to remove the qualo. An explanation of the operation of DIFFERENT types of microphone is made several times during the book one prconise certain types of microphones for certain applications.
The sound is also explained for instruments like guitar, bass and drums, diffrent rglages of equalization are donns and explained.

Part I prfre is the practical part, in fact it was my opinion in this part you learn the more things and tricks to avoid common errors.

and some technical complment comes with DIFFERENT DEFINITIONS and explanations of terms, such as the mean dB, a few rules on impdance and bandwidth and even a little wiring and advice to avoid ground loops on scne.

Finally, overall it is a complete book to learn sound to the lack DEFINITIONS my taste a bit of arati but remains easily readable even when.
I regret, a CD, I find the good books of this type should be accompanied by a CD that would read and listen at the same time it brought by the rglages.

Personally I sound beginners in taking care of little concert in my School and sometimes xtrieur, gnralement the public is made up of 100 200 people. I had the chance to reflect on compressors and equalizers but this book gave me a mthode for rgler, instead of at random, to expriementer, I understand what I do.
Did you find this review helpful?yesno

Eyrolles Le son live
4
YES c'es't one of the WAR book that is truly informative Eyrolles (and I bought some I have left across the throat to the report content / price)
The one is a good beginners of rflexion even if it is still a little hungry.
However, the accents are put on the real problem of the sound, which is a big step forward compared to other books cans.
We need more concrete examples, examples and sample .....
Otherwise a good buy ....
Did you find this review helpful?yesno

Eyrolles Le son live
5
This book really terrible lil l!! A good book for anyone discovering the world of scne but also for those who need paufiner the use of effects and other hack who does not like math! I use it often in practice and if the good advice of the author are valid and well explained! Trs good layout and many are near THEME! Finally a book that I do not regret having bought how much? Uh ... I do not know DSOL but not too much you worry! A pretty good ten MRIT You decide: Raph
Did you find this review helpful?yesno
Cookies help us improve performance, enhance user experience and deliver our services. By using our services, you agree to our use of cookies. Find out more.