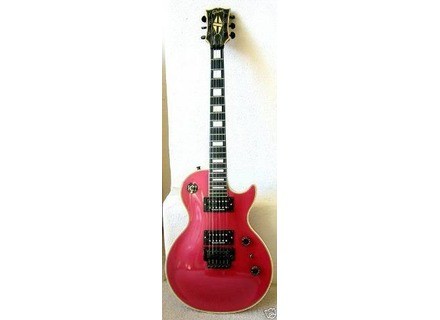 Gibson Les Paul Custom Lite
4
Gibson released these special slim Les Pauls for only a short amount of time. They were about the thickness of an SG, and they were super light as a result. However, they didn't sound like an SG due to the wood and shape. The guitar features a mahogany body with a maple top, mahogany neck with an ebony fretboard, 22 frets, trapezoid inlays, pickguard, binding, hard tail bridge, two humbuckers, two volumes, two tones and a three way switch.

The guitar was very light weight compared to a normal Les Paul, and as somebody who has a bad back, that's a pretty good thing. It kind of reminded me of the SG or playing an Ibanez S series. The fretwork on this was what you'd expect from Gibson. The nut could use some work due to all the wear, but I chalk that up to normal usage as I have no idea how it came from the factory. This guitar is like 30 years old, after all. The binding was aging nicely, and it had some cool wear pattern on it. The ebony was nice and dark, although it was a bit parched. A good setup and cleaning would have been nice in this.

If you're looking for a unique Les Paul that sounds a bit different from the rest, this could be worth looking into. If you're into that classic Les Paul tone, you'll probably hate this guitar. It's not exactly the most "Les Paul" sounding guitar, but it's cool to have on hand in the studio, in my opinion.
Did you find this review helpful?yesno
»