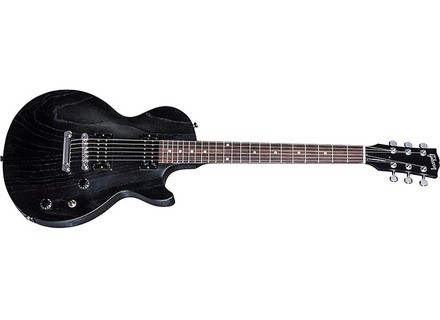 All user reviews for the Gibson Les Paul Custom Studio

5 photos
Gibson Les Paul Custom Studio 2017 model in denim blue.
I bought this guitar with the whole world being in a pandemia, so it is more difficult to try it before buying but there are enough stuff on youtube to have the idea of what I would have. So I ordered one and it came home in less than an hour.
Because my main plan was buying a much higher end Les Paul, I finally decided to pull the trigger for this one because of the lower price.
And I'm totally happy with it. It is a sturdy, solid instrument. Surprised of the weight also, it is on 8,8 lbs. (heavier than my studio faded).
It is surprising of some of the specs, they are nice, for example the carved top and glued neck. Nicely balanced also. I felt attracted for this model between other things because it was a swamp ash and the wood grain is simply beautiful. And because it's not an everyday's wood for a Les Paul.
Starting from the top, the tuners feel nice and steady, metallic mini buttons. Headstock is a thinner version of the famous open book.
Tektoid nut feels steady also.
It has a classic one-piece maple with a rosewood fretboard, it is slim taper so you can go fast with the neck. Soft to the touch, very comfortable.
As I said it before it is a swamp ash body with 9-hole weight relief. But another cool feature is the scarfed heel. Super comfortable for the upper notes. The body has a nice nitro stain treatment.
As for the pickups, they are DS A5 and DS A5+, they are quite spicy, you can do nice cleans, but I think it will shine through with od's or distorted tones though.
2 simple controls, volume & tone and the 3 way toggle switch will give you enough tones to rock for ages.
Another cool feature is the ABR style bridge, I prefer this one over the nashville style.
The gig bag is nice also and very comfortable.
I strongly recommend this model because it is a great bang for the buck, you can do nice things with this instrument.
PROS:
- It is more than an entry level guitar, it is a solid instrument.
- Nice rock tones, and good cleans also.
- Sturdy, solid build.
- Scarfed heel gives nice access to the upper frets.
- Maple neck gives more snap to the sound and fat tones also.
- Beautiful wood grain.
- Minimalistic design gives it a nice value.