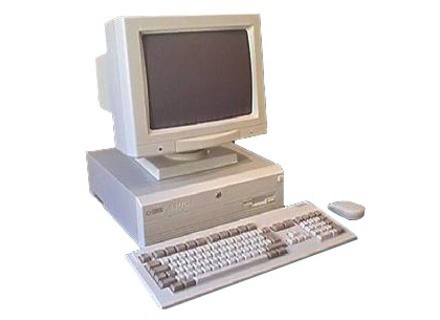 Amiga 4000, Other Computer from Commodore.

All user reviews for the Commodore Amiga 4000

Manolo_XSR's review (This content has been automatically translated from French)" Fabulous."

hotamp's review (This content has been automatically translated from French)

Commodore Amiga 4000
5
User since 1994 a 4000 (I had an A500 since 1988, beginning the config: 68030 8meg fast 80meg hard disk! (H yes) AGM
and on the same base current config: ppc 604/68060 grafic card picassoIV cybervision64 64meg ram 20 gig hard disk ect ...
the Ordos was released in 1993 and remains the amiga can be the most again now Updated
when in fact I know very very few PCs that run factories in 1993, still comfortably (we just listening to music, watch video, do the drawing, word processing, database donnde of the ect ... the internet while multitasking under different resolutions
Imagine you bought a computer in 2006 and you can still use it in 2020! ? !
faitent sweet dreams