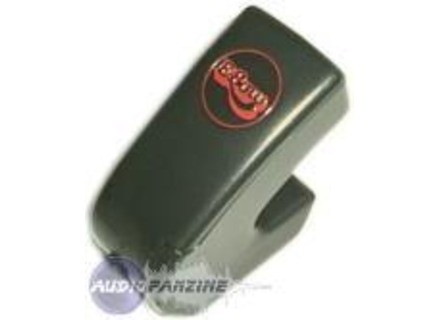 Product replaced by the E Bow E Bow Plus.

View other reviews for this product:
"The bow for guitar"! The term is well chosen, is the practice!
Listening to the K7 demo, this thing is amazing. Billions of possibilities, is raprocher the sounds of flute, cello ... But above all the most impressive is that we no longer plays the guitar: it plays EBow!
In the first test we really wonder how to get a sound with this thing, which way the hold, where to play ... by which window to throw ... Then after a few minutes on the guitar (and the manual in English of course!) Noises are finally emerging from the amp. And here's the thing 150euros are already forgotten.
Endless sustain to make tablecloths, glissendos endless and mostly sounds truly amazing (and sometimes disturbing) and light. We approach it a little ondes Martenot.
The practice is really not easy, we must learn to play and spend hours. the result not be worth as much as in the combining of traditional gender guitar effects delay, etc ... whawha you enter another world. I will still flat as a must, I think, use it sparingly though one is tempted to place everywhere and all the pieces.
Finally, a gadget that can become true aubenas who has the patience to tame him, which was not my case. Big names have tried rock (U2 on "Whith or whithout you", the Radiohead album "The blend "...) without reaching the level of the guy who plays on the K7 demo shipped with the gear (it's a killer !!!!). In any case there is no need to play the flute to the guitar. I find the subject a bit expensive but it is true that we can still do great things with, without it being a virtuoso of the EBow.
A final word of advice if I may: the only sound the EBow on the guitar is already interesting enough to not try to imitate other sounds. Keep it simple, that's how he is the best.
8 / 10 for difficulty and price.
See the source
Did you find this review helpful?yesno
Cookies help us improve performance, enhance user experience and deliver our services. By using our services, you agree to our use of cookies. Find out more.