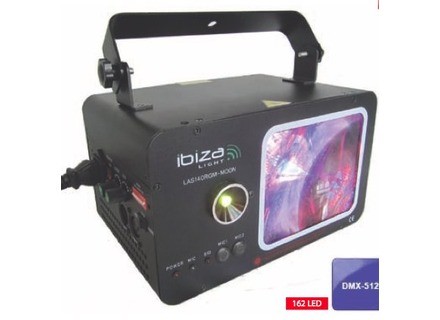 Ibiza Light LAS140RGM-MOON
4
Very good combination of LEDs and lasers. Can be used only for a small party or in addition to PAR LED or otherwise. Easily transportable, I used it many times at parties without big Presta, single rack, birthday, 10 to 30 people. I have never had the courage to do it if it was not so simple. Besides that, it has also served me for teufs 500 people or more and it works pretty good (black gun as a complement).

on the other hand, take the warranty Ibiza because it's cheap, but it's not solid. After a year and a half, the motor stops working lasers, and micro sync starts to capture the sound of the ventilation instead of music.
Did you find this review helpful?yesno
»