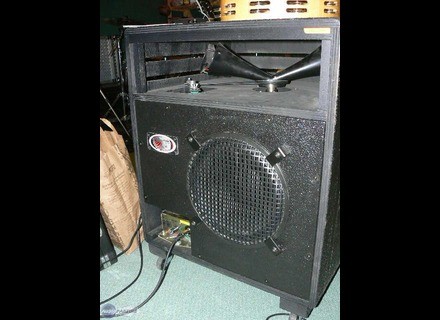 Prazoune's review (This content has been automatically translated from French)

Speakeasy Vintage Music RoadBox III Combo (with preamp built in)
5
I ordered this car directly from the USA. Three years ago my work NordStage above.
I have never regretted my purchase (no data, however: cost of manufacture plus customs)
It is a pleasure to play on this amp. Highs are FLTs, mediums and mellow bass lines and I like Dfine.
It's the mechanics and solid evidence for displacement "of the many concerts. The cab is covered with a kind of tar ugly but devilishly resists.

Of hardware really very very good quality. Made in the USA still has a bright future ahead of him!

Another plus: APRS sale service really nice and efficient. Speakeasy Vintage is a small box that makes his family almost RoadBox demand.

Little less if I had known they would come out the AMA shortly APRS, I command the AMA RoadBox + with a gain on the Pramper. However Pramper works perfectly without gain and with a pedal like OCD, I have an incredible grind.