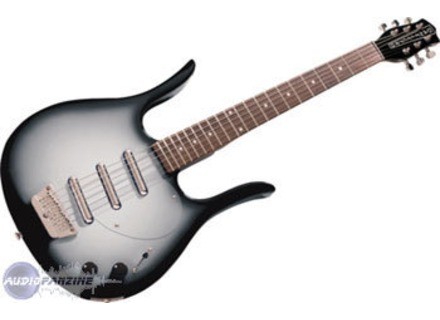 seugon's review (This content has been automatically translated from French)

The ergonomics of the body is very surprising: we play very "forward" on the guitar with a small body gives immediate access to acute. In fact the maximum accessibility

The "SOUND" is immediately and without complications

I love SRV and rhythm of funky rhythms to:

- Body is very sound Masonite
- I play on different models of my LINE6 and frankly it is expressed on a better amp than a JCM TWIN
- 3 microphones Lipstick: super-funky micro by Seymour Duncan. The grave is mighty micro. The sound is very close to my Start Texas Special. We can play SRV eyes closed and return to its limit-crunchy simple. The sound is very bright

Obviously it's not a guitar for the "Metal"

- I've had a year or
- For the price, it's happiness in finger!
- Really a super-sound, but as I play often on my stool as "very special" is inadequate

Finally, it is duplicating my Strat + so I prefer to sell it and keep my Start.

Chouille a thin neck less than a strat's very easy access to the treble is a double cut super !!!!!!!
the neck looks short but is the same length as another guitar because the neck is retracted into the body guitar is a total of 10 cm shorter than another! ergonomics is good except for sitting and playing it takes a little time to adjust to playing with this guitar because it is shorter.
the handle is not very fast and does not forgive mistakes too we must support it and we feel the frets, but it's still playable but harder for a newbie.
of course I compared it with the handle of my strat which is almost perfect!
blackburst color is terrible even more beautiful in real than in the picture the same as Link Wray and guitarist of The Who!!
I paint the air quality, the mechanisms are correct but it took me 3 or 4 weeks to stabilize the strings that I had to change strings by Fender because I am left handed and it does that in right so I reversed the strings and adjust the easel which is adjustable against the nut unscrews and you can return it for lefties
I was surprised by the finish certainly worse than Fender but for the price 285 euros on the net I expected worse given everything I've read on the Danelectro.
Note that the procedures were wrong too tight and the bridge, a small turn of the screw and you're done and that the bridge rests on two screws I thought it was weird but that's normal!

Then there is the icing on the mac do, this guitar is made for playing old rock 50's or 60's garage rock, punk and excels in surfin with a good reverb and a transparent overdrive that I manage to reproduce his sixties that type found on many records from this period Kinks, Who, troogs, Vince Taylor, shadows, shocking blue, tornadoes,
or Dick Dale Dick Rivers and not !!!!!!!!! but you can also play blues and even the
funky has cautioned against metalheads and varieties, clear it sounds terrible and it is raging in the grave, this guitar has a sound you'll never find elsewhere it is unique and this award is amazing, to have a sound as good in other brands should spend at least 1500 owers and still even though it is less versatile than my Start U.S. luxury pete it more that it's easy I've had it one month and a half and I separated more than I

I love this guitar despite its few small flaws, the sixties garage surfin or I do not think you can find better in sound and I mean not even the price!
I was already a fan with Danelectro coolcat pedals and their springking and I know one day I let myself be tempted by the low version of the Longhorn!
pure vintage!

Other Danelectro other Shape Guitars