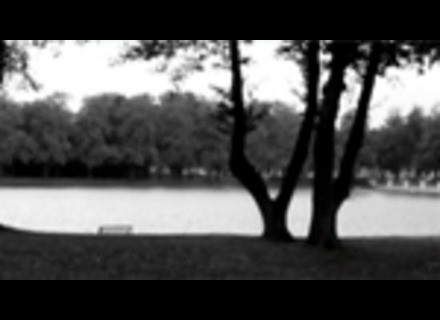 songboy's review"Full of character and flaws, and I love it!!"

Cinematique Instruments Experimental Box
This is a multi-sampled instrument that actually has a lot of incorporated loops. But, it is definitely an instrument and not just a collection of loops. The setup is very simple. Get them anywhere on your harddrive or an external harddrive, then just point to them in Kontakt's Browser. The configuration is very simple. Most "instruments" offer very limited parameters tweakings such as reverb control and delay control. Some don't even offer that much. The one Arpeggiator instrument does allow control over the arp itself. Overall, this set will not eat up much if any of your time learning how to use it.

You get 12 different instruments that are quite varied. They vary from a eerie choir (called Frog choir) to a gritty (not distorted, but old dirty sound) sounding guitar, to railroad/train sfx and other various effects to even paper being rustled and cut into. I write all sorts of styles and work with a lot of different musicians with there own myriad of styles and I feel this set will sound nice in most styles, but especially modern film music (think wes anderson films and such) electronica and post-rock. I run this on a Macbook pro i7 with an RME Fireface 800 using Kontakt 5 in Ableton/Logic and standalone.

What I love most about this set is the huge amount of character. If you want super clean sounds that don't take any real "risks" when it comes to sound quality, then do not look here. My favorite patch is "Western Dirt" which is a very lo fi sounding guitar sample with added "dirt pads" on the lower end of the keyboard. It doesn't sound like any guitar sample I have ever heard, in fact, it almost doesn't even sound like a guitar. I've used it on several tracks and I almost always get a compliment on the sound. Most people think I came up with it with some weird combination of "re-amping" through my Fender Twin, and I don't correct them

The "Harmonize Arp" is also one of my favorites and is in fact the one sample with Arp and you can actually control it which is nice. The sample itself sounds like something out of a Thom Yorke solo album. There isn't really anything to complain about with Experimental box. I am sure some will say it sounds bad, which in some ways I would agree with them. But I think that is the point. Listen to some of the great album Daft Punk just did for the movie "Tron." Some of the sounds in that album sound "bad" from a quality stance but are perfect in the mix and set a very vintage/digital feel that just sounds beautiful to me. As for price, it is very cheap at $32. With what I said before about the "sound quality" being said, I think this instrument set sounds great! I have used several different "efx" instruments for Kontakt but this one is by far the most varied. Yes, I would definitely buy this again.
Did you find this review helpful?yesno
»

Published on 10/28/09
Cinematique Instruments has announced the release of Experimental Box, an assortment of rhythms, ambiences, and instruments designed for writing music in an experimental and minimalist way.