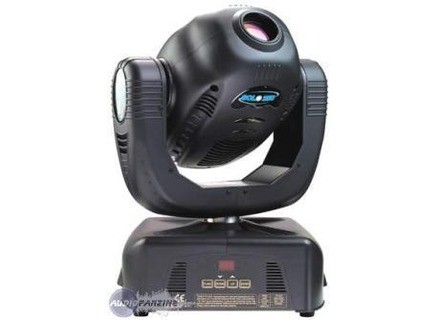 coincoin23's review (This content has been automatically translated from French)

Pearl River Solo 250
5
- How long have you use it?
4 years, I have 4
- What is the particular feature you like best and least?
The +: reliability they have many evenings and say nothing!
The - I find them very fast ...
- Have you tried many other models before acqurir?
Before I had Stagetech, too!
- How do you report qualitprix?
Excllent
- With the exprience, you do again this choice ...?
Yes, but the day of purchase, lyres had dmo of Chinese lamps, I was going to turn around before the seller tells me ... aves the philips has has nothing to do! !!!dropoff window I find them very bright.
Did you find this review helpful?yesno
»

I just take residence in one club with 250 solo lyres and I search the documentation, user since the old management did not leave a trace of it. Thank you send me by email the doc if someone has it: jskdj@gmx.fr

Thank you in advance
Did you find this review helpful?yesno
»

Pearl River Solo 250
1
I had the opportunity to test these machines on some plans and especially to do maintenance, the balance is unglamorous:

- Aesthetics / practice: it's been a toy that most of the plastic is of poor quality, the carrying handles are damn wrong, large stickers completely kitch ...

- Brightness: This is not terrible, the beam is fairly homogeneous, but the flow is too thin.

- Colors: this is "correct", there is no research in the color wheel, red is not made to be used with MSD, congo is replaced by a too dark blue, the rest is passable.

- Gobos: this is average, the kit is quite disparate, gobo kitsch volume gobo, glass gobo ... The gobo rotation is too slow top speed.

- Shutter: it is quite responsive but the strobe function is poor, longer opening as black out, it's the opposite of what we're looking for. Maximum speed too slow also. Dimmer OK but not transcendent.

- Prism: it does its job, but the speed is again too low

- Focus: it does its job well, however imprecise in module assembly, which induces mild disorders projection areas.

- Movements: The big cat! Already it's a monster racket, but also the pan movement is limited to 360! Completely cheap! Also note the presence of non-position sensors on the movements and therefore the absence of repositioning error.

- Global Operations: no position sensors on the movements so big bazaar ignition and lots of noise, noise ventilos too high also, the display and the buttons do not react after a few years without too much handling. the electronic design starts dating and editing is anything but practical, half departures harnesses located next to a transformer, connectors and heat resulting in a significant number of failures. The electronic card requires the dismantling of many elements to remove, at the edge of the headlock. The bases screw covers plastic base deteriorate easily in short it is not strong.

sls17's review (This content has been automatically translated from French)

Pearl River Solo 250
I use this product for 2 years

I apreciated that its price

I already use other models

value for money means very
I would do not elect

Did you find this review helpful?yesno
»
Read the 5 user reviews on the Pearl River Solo 250 »