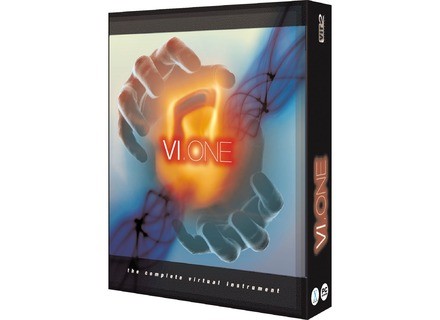 Vir2 Instruments Vi.One
4
It's not actually a VST, it runs in "Kontakt Player" which comes in many of the usual formats. So I'm sure it works in all DAWs besides PT and Logic but they still mite work I just don't know if Kontakt Player comes in AU or RTAS formats. Using the kontakt player is a little confusing at first. VI ONE doesn't really come with a manual for that so it isn't that easy to get started. VI ONE is very simple but the features that are intertwined with it in kontakt player are a little hard to understand. For instance if you want to use it as a multi-out instruments it was a little wierd in FL. Other than that though it took about a week to get use to...so not that bad.

I've been using it for over a year and it works great. It's not really a CPU hog so even with my computer not designed for music I can get a lot of use out of this. (2GB RAM, 2.0GHz processor) It has never crashed. The loading times are a little annoying even though they are average. If you put it on an external HD though you'll be in pain.

OVeral I love it. The sounds included with it are not your typical even though they cover that too. Some instrument groups are lacking...such as piano, choirs, and synths. Others however are phenomenal such as brass, strings, organs and every other instrument that isn't in other plugins. VI ONE has quality flutes. What plugin has GREAT flutes? VI ONE. It even has great saxaphones.

I love the sounds it comes with, but I don't like how it runs in Kontakt Player because it makes the plugin hard to use as a multi out instrument. I'd definatly make the purchase again...especially for only 99 bucks at GuitarCenter.
Did you find this review helpful?yesno
»