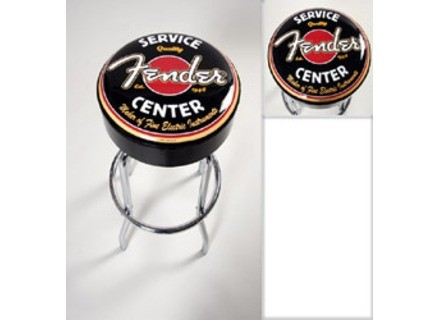 Fender Bar Stool
5
I found that this stool is nice for practice and performance. I often have a difficult time sitting on a hard barstool, or any type of chair that has armrests. Thus I found myself sitting on the floor for practice, or standing. However, sitting on the floor doesn't exactly give me the kind of room I need to move my arms and breath, and is rarely conducive to good performance. Thus, I felt like I needed to get something that would allow me to comfortably practice playing acoustic guitar, without having to stand. I'd rather perform solo acoustic sitting down, so I figured a stool like this would be the way to go. It's actually really comfortable, which I was certainly hoping for. Beyond that, however, it's also good in the sense that it somehow encourages you to sit up, which gives you plenty of breathing room (good for singing) and also keeps your energy level high. That's often the biggest complaint for me, as I find myself fighting against my natural tendency to slouch or be comfortable. I think I would prefer this to most pieces of furniture which aren't specifically designed for playing. I know that this sounds like a waste of money to a lot of players, but the thing is, this will not only make you sound better, but you will be taken more seriously as a performer if you are shown to be committed enough to buy a stool just for performing. While it's certainly not an essential element to any performance, it'll make your life easier, and allow you to settle into playing in a strange place rather well. I wouldn't pay over $100 for it though, that's asking a little too much. Basically anything less, like the $80 range, would be as much as I'd be willing to pay. Since that's less than most nice chairs would cost, I'd say that's a pretty reasonable price.
Did you find this review helpful?yesno
»

Albgas's review (This content has been automatically translated from French)

Fender Bar Stool
4
- How long have you use it?
For six months
- What is the particular feature you like best and least?
Excellent foundation to scratch, we are really in the position idalie.
Especially when it was also an Ovation hard to take because of his cash.
- Have you tried many other models before acqurir?
yes
- How do you report qualitprix?
The problem is that price is the coating that could be of leather, or my rating to 8 (leather like that Fender offers resellers ....)
- With the exprience, you do again this choice? ...
Hsiter without a second, I take one account for my son who squat mine ))

Other categories in Furniture for Musicians/Studios