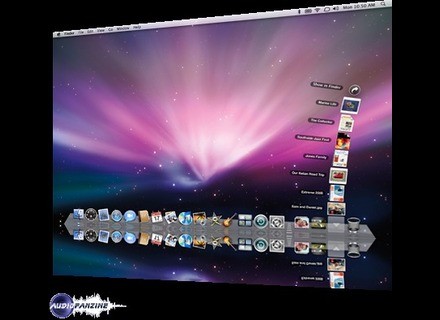 I am currently running Apple Mac OS X 10.5 Leopard Operating System on a Mac Book Pro that has a 2.2 Ghz Intel Core Duo processor and 4 GB of RAM. I use my computer mostly to run Pro Tools LE, and while it took a while for Digidesign to get up to date with Leopard, it now is up to date and always runs smoothly. Even before Digidesign got up to date with Leopard, I was running Pro Tools LE 7.4 with only a few issues, but now it works great. I am able to run all of the applications I need with this operating system, and everything is smartly laid out and easy to find. Overall, Leopard is a great operating system that always runs smoothly for me.

I've been using the Apple Mac OS X 10.5 Leopard Operating System for about a year since I got my Mac Book Pro that it came installed on. Apple has built on the effective features of their previous operating systems, and has put together an operating system that is easy to use and has a ton of capabilities. I've never had any issues with Leopard, and always find that it is working with me rather than against me like some other operating systems. If you get a new Apple Mac computer, Leopard will come installed on it, but if you have an older computer and want Leopard, you can purchase it separately. Overall, this is a great operating system and I look forward to the next installment of Apple operating systems.
Did you find this review helpful?yesno
»