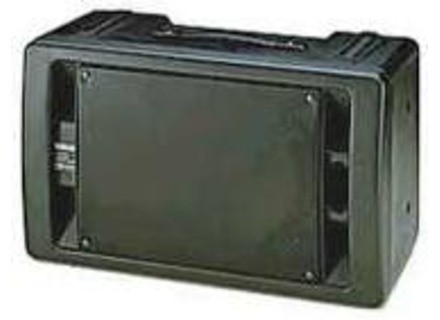 Yamaha MS60S
4
This is a nice little amp. I bought it used for $150 because I needed an amp for my office to serve as my keyboard monitor. In its former life, it had been used on-stage by a professional classical guitarist. He had been using is in concert for several years, and was only selling it because his group decided to invest in something a bit more high end.


There are many good things about this amp. It has three inputs, for two quarter-inch plugs and one microphone. You can use all three simultaneously. There are built in EQ controls (high and low). It is a small amp, only about, say, 10X8X20 or so, and weighs about 20 lbs. Like a small penguin. It fits under my desk. It can be situated vertically or horizontally.


The only thing I don't like about this amp is that the controls and inputs are on the back. So, I have to keep spinning it around, and I would much rather set it up and forget about it forever. I imagine that they did this to save room, but I find it very inconvenient, for my purposes.


Its shell is hard plastic. The electronics are set in a metal box. When I bought it, it needed a $75 repair in the electronics. It's been fine for the two years since then. (My purchase price included the repair.)


Though I like this amp for its size, features, and sound quality, I'm considering selling it because of the inconvenient controls location. It isn't exactly right for what I need. If the controls were situated differently, it would be perfect, however.