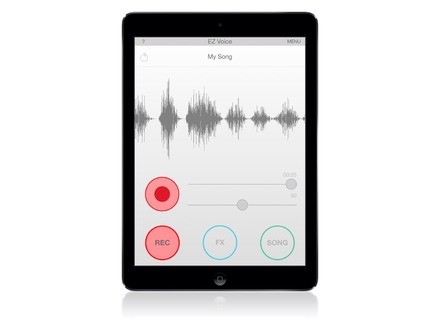 Following the guitar interface, IK Multimedia now offers vocalists the ability to record to their Samsung Android devices with a mic and apps.

IK Multimedia has just released the iRig Mic HD-A, the Android-compatible version of its iRig Mic HD digital condenser handheld microphone for the Samsung smartphones and tablets. The cardioid mic ships with a micro-USB to OTG cable for the Samsung device as well as a USB cable to connect to a PC. The mic is equipped with a LED and a small gain wheel, a windshield is also built into the grille.

The iRig Mic HD-A ships with a pouch, a clamp and an adapter. It has a price of 99.99€. More info at www.ikmultimedia.com.

To help your start recording and processing your voice of you Samsung Android device, IK Multimedia offers three apps: the EZ Voice (free and 4.49€ versions), iRig Recorder (free and 6.99€) and the AmpliTube guitar amp emulations (free, 8.99€ or 17.99€) for Android, as well as the AmpliTube Custom Shop and T-RackS Custom Shop software for PC. The apps are available at Google Play and the Samsung Galaxy Apps store.