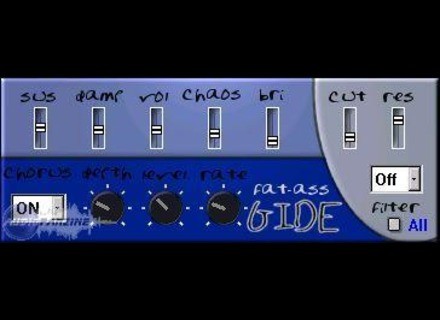 amaurythewarrior's review (This content has been automatically translated from French)

ps: the name of the editor is ridiculous, I must admit

Premire thing is, this is not a virtual guitar (at least I have not felt).

It is used to make instrument sounds gnral rope. You can have sounds like a lot of instruments DIFFERENT, but not super close stuff, etvous I do not think will sound practitioner. But you can have NSOs INTERESTED trs.
For example by increasing the value of chaos, you can have something like a string ensemlble. Or even a Celtic harp, stuff like that ...

Not bad.
Since it's free, it will not spit in the soup.
Especially that one can have about the results (trs) INTERESTED.
on the other hand, if you want something raliste, go vote way ...
Did you find this review helpful?yesno
»