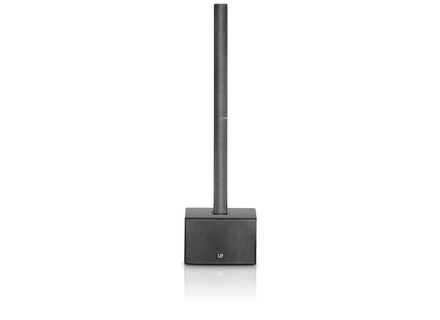 All user reviews for the LD Systems MAUI 44

loupgarou2a's review (This content has been automatically translated from French)" Convincingly"

LD Systems MAUI 44
5
Before we begin, I want to clarify that I am a musician, I play blues rock with a group consisting of a drummer, a bassist, a keyboard and yours truly on guitar and vocals. We have neither the same needs or the same ridiculous requirements that most DJ's sourdingues and single neural. We play in bars (like most of us here), clubs and summer outdoors, sometimes quite significant places. We have a generous microphones park and scenes returns, we play in conditions more comfortable and are reasonably demanding and therefore systématiqement repiquons everything with Presonus 24.4.2 Studiolive an X32 Behringer Rack.

It's been 40 years since I played, so through the ages I saw and followed the evolution of hardware, a lot owned systems (Altec, Peavey, Wem, HK, Mi, Yamaha, Yorkville, DB technologies, JBL) and I also had the chance (or luck) to also play live on Christian L, D & B, Nexo, etc. Finally, in this type of speaker line array column I had the opportunity to try the set HK "band element", which I found quite, super convenient but I regretted the lack of treble and bass imprecise. After much hesitation, research, discussions with each other (resellers, agents or users), I decided to invest in this system at LD, hoping to not plant me (but I listen Master Obi-Wan Kenobi-and trust my instinct).

So I just bought one set (the second will arrive in four months) that I used for the first time in a club. Why only one? Because, whatever the DJ, unless special times with special effects like Pink Floyd, it is no stereo sound (the public has the right to the left to hear the same as the one on the right ) .dropoff window In fact, MAUI systems are designed to be used as well (I did say "also") to the unit, which is useful in small rooms. So we installed the MAUI 44 at the back of the stage, behind the keyboards, inclined at 45 ° to the back wall, and the whole group could enjoy 120 ° dispersion without using return. From the first test for the balance the other members of the group were satisfied and after the person is full evening did the lack of return. We did not have an ounce of Larsen, probably due to acute which are about two meters. Yet the power was present as well, in a place accustomed to groups and run by managers who love music, we came to ask us to three lower the level that was very strong in the hall. This brings me to the power of the system which is quite remarkable with astonishing reach. In fact, it almost seemed stronger back than the front.

As for the sound, it is very precise, with the definition and finesse in the treble, mids are clear without being aggressive or nasal and bass are "punchies" with purpose "in the belly" high power, the whole being compressed what it takes to be natural, almost Hi-Fi. To give an example, the sound of the battery was crisp, accurate and efficient, other instruments had a very natural and votes present without being "headlock". From an aesthetic point of view, the MAUI 44 is very successful and has a place both on stage where it seamlessly integrates with discretion in sets, in front of that scene where she does not hinder visibility. We are very far from sound systems that look "Baluchard." Installation is super fast and practical steel studs to guide each element one another for years. I strongly recommend the purchase of ad-hoc covers essential to transport the two columns without risk of damaging them, delivered with thick foam protection for connections.

My only complaint would be the weight of the subwoofer (this said, two 12 ", it weighs a wooden box too, and I have not yet found a powerful and lightweight subwoofer) and its still great height (2m20), which makes it unusable in very low ceiling places (like a hobbit hole for example).

I am completely convinced (to say the least) by this system I gained a little warily. For concure, I am looking forward to receiving the second MAUI 44 and be able to try the complete system (with the two front speakers) on more important scenes because I have no doubt they will do the trick and we allow sound to the group with a high quality sound.