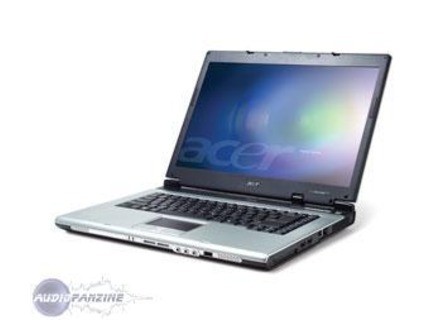 liner2_3's review (This content has been automatically translated from French)

Acer Aspire 5000
5
It must be my edge is the fumetti Vieu, I ossi pc.Alors this is 2x512 and there have only 1 HDD 100 GB divided into two 45go partition is the only runs a 5400 rpm.Mais This is a great machine that satisfies me be bien.Acer realiserun still very good product.
Did you find this review helpful?yesno
»

pukhammet's review (This content has been automatically translated from French)

Acer Aspire 5000
5
I've had one month
The huge advantage he has is his cofiguration base, all drawn to Mao!

the process is silencieu shoot and stable

the operating system is the first volume, dc can be used only for the second ca, c about!
1 Gb of ram! not necessarily need to add.

I got it for 1100 euro, because the flat screen is not backlit and it has no firewire port at the base (so it's not a pc for video, which explains the price low compared with perfs!) but a firewire port costs 40 euros only!

In short, this is a great pc for Mao, which requires almost no mods

rep for this charming little aggression, yes, there are indeed two strips, we agree, there is only one physical drive well, but the importance is not because the volumes are as separate and secure, as a reinstallation of Windows does not affect the other volume (I had to test it). Forgiveness, however, for lack of precision. For the freq sampling of records, 10200TR / M is the info you gave me the dealer (baker, anyway!, But they have a good 5400 ...
Did you find this review helpful?yesno
»