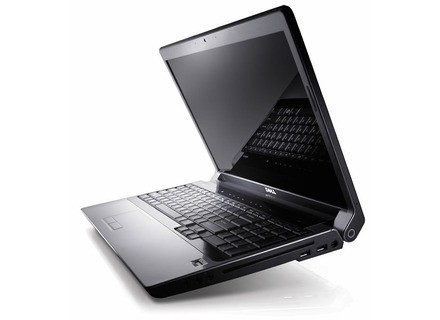 giosh13's review (This content has been automatically translated from French)

Dell studio
5
How long have you use it?

I bought a couple, trs Actira by the price ... not even to the sound, just two computers to internet in my house and in my personal studio. I had Apple laptops MacBook Pro enough muscles.

I tried to curiosities Reaper on one of two Dell with Vista, AntiVir, Comodo Firewall etc etc ... trs not well configured for music. Surprise! Everything worked nickel! And better than Apple! How many crashes Reaper Mac.
Nothing was reported as negative.
To be clear: I do realtime mixing of Reaper, I make surfing with Mozilla, I always open MSN Messenger and Skype as well (sometimes as Second Life) in WIRELESS and everything works without problem. Waiting for the realtime rendering of Reaper I play sometimes with GranPrix (Formula1) <img class="smiley" src="/images/audiofanzine/interface/smileys/icon_mrgreen.gif" alt="mrgreen" />

For the price of a MacBook (not PRO) I bought two laptops Dell Studio 1555 much better than a "king" MacBookPro (17-inch glossy, 2.5 Ghz processor). I sold the Mac, knowing that it's nice to see alliminium, but with a hardware sub-dimension in relation to price. With the money advanced I bought in a multitude of plugins that run very well with Reaper.
Excellent price quality ratio.
Exprience with, you will do again this choice?

Super computer for a cheap price, less than 600 Euros in the *** MediaW. No crash with sound card and Lexicon U42S
Reaper, even without optimizer Windows Vista 32 bit. More than 30 tracks (on USB hard drive) with lots of effects and virtual instruments Waves, very hungry for resources. It's paradise. Dj dor forget the world of Mac OS X.
Did you find this review helpful?yesno
»

Dell studio
1
I have this laptop (15-inch model) for 1 year is a config 2Ghz with 3GB of ram.
It was at the time of my first laptop purchase, as a result I did not know what to invest, I saw that the site of Dell machines for a pretty fair price and value I tired of trying.
Unfortunately this model has a string of irritating bugs and defects, immediately forget the idea of ​​the computer music with!
The wireless card seems bad assembly parasite sound card! no way to listen to music while surfing at the same time, it was right to be charming crackle every 5 seconds ...
Worse, it is impossible to make a decision because of his impressive latency when recording, I tried to hit with a sound card external usb but nothing happens ...
This pc is really good for nothing, SHIFT different drivers, bios ... have not changed and I do not use qu'occasionellement to the net. Avoid at all costs!
Did you find this review helpful?yesno
»

Dell studio
5
I use it since January 2010. Before I had an Asus which still works but the screen hinges are broken and we can not find the pieces.
I have no problem with the Dell Windows 7 and I use an external soundcard Edirol UA-4FX.
I bought this pc because this brand is known for its reliability, such as Asus, and the value was great.
Did you find this review helpful?yesno
»

See all 9 photos of Dell studio »