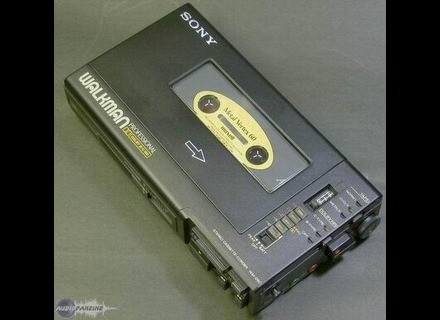 All user reviews for the Sony WM-D6C

I already had my famous Marantz CP-430 (or PMD-430) when I am provided. Why then a second cassette player? Because on the Marantz, there was the Dolby B and dbx Type II while on the Sony, there is the Dolby B and Dolby C: it is therefore complementary ^ ^

This model was designed in the spirit of the walkman, portable cassette players these ancestors of the iPod or other MP3 player and is the most professional of the class so far as I know. A little less sophisticated - is not a 3 heads and it has no limiter or automatic recording level, however, it is clear like a clock in terms of speed of tape, you can count on him. However, the cassette is less stable than the Marantz and it sometimes causes mild désazimuthages: you need to frequently adjust this setting, especially when digitizing cassettes. In addition, you must close the lid carefully when registering, otherwise perturburber speed of tape and thus miss your catch.

Its battery is special. It is under the flap, next to the cassette compartment. We can also insert either a battery compartment which can host four batteries (rechargeable) AA standard or rechargeable battery owner. And it goes without saying that autonomy of battery operation is not measurable with respect to semiconductor tape.

It has a stereo microphone, a headphone jack, a line input and an output line, all in 3.5 mm jack.

It has no microphone, but it comes with a small microphone in T without cable that plugs directly into the microphone jack.

One can even use the shoulder but it is not very convenient for this because the LED VU meter (one set for 2 channels) are on the device, not before. Therefore manipulating the recorder to be able to see.

The sound is very decent, nothing to say. You just have to be careful with Dolby C, which tends to pumping effects, especially during low sounds.

For its small size, it has long been without competition. Moreover, it was a resounding success and has remained in the catalog with Sony for years. Of course, now, for roughly the same size, there are the Marantz PMD 660 and PMD 661, which are digital, recording on flash memory card and have XLR inputs, which means that we can find a mouthful of bread today.

Small for a pro, rare!

A Dolby B and C

In the manual recording level

In a variable speed playback (débreyable)

VU meter when it is barely visible shoulder

Has no automatic recording level

Has no built-in microphone

Input - Output: that the mini-jack